You are currently in the wal section of the site. 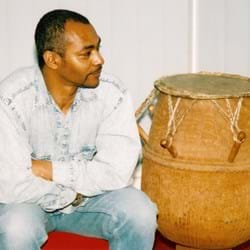 My name is Garrick Prayogg, I’m a 55 year old man from the Wirral, near Liverpool. My 31 year old son was a keen boxer and took part in a charity fight in Nottingham, back in 2014. He took a blow to the head and collapsed on the ground - he was rushed to hospital. We were told that he had a bleed in the brain – he sadly died two days later.

I noticed my mental health had suffered

That severely affected me. I didn’t even know he had a fight that night. I’ve never actually been to any of his fights because I don’t like boxing as such, but as children grow up they make their own choices. It doesn’t matter what parents say, they will do what they want in the end. Receiving that news had such a dramatic impact on me.

I didn’t really cope with it, I was struggling. I didn’t sleep, I was so anxious, I had to go to the doctor and get anti-depressants and sleeping tablets prescribed because I was literally not shutting my eyes at all, I was just awake all night. There were times where I only had three hours sleep over the course of a three day period.

As a result of his death and my depression I ended up finishing working early, I took early retirement because it impacted on my ability to get up and go and do my work as an IT consultant. My work’s occupational health team recommended that I take early retirement which was a relief in a way but it also created more problems.

My depression caused me to retire early

I still have issues as a result of losing my main income. Paying bills and other creditors were affected, I ran up a few grand worth of debt. I went to see my local Citizens Advice Bureau to get some help. My creditors were writing to me every month wanting to know why they were not getting payments, they wanted payments on time and I just didn’t have the income to cover it.

The Citizen’s Advice Bureau had a specialist money advice unit who looked at my financial situation to see what payments I could honour. They then wrote to all my creditors so that I could make reduced monthly payments. I’m now paying about 50% per month which has made such a difference to me.

It now means that I don’t worry about my finances quite so much and that has helped with my depression too. I had to provide evidence that I lost my income by providing my P45 but it was a relief to know that I could at least afford to repay smaller repayments each month.

Every 12 months the creditors review my situation to see if anything has changed. I have to get up-to-date bank statements and then go through the whole process again next year. It’s hard but it is helpful to know that it will help to bring down my repayments each month.

I’ve also joined a local mental health support group as a committee member so that I can reach out to people who really don’t know where to go or where to get support which has really helped me with my own situation.

With each anniversary of my son’s death, the pain comes back. It’s been three years now and it never gets easier although I do find sharing my experience with support group members does help. I can empathise with them too because I’ve lost a son, I’ve experienced depression, I know what it’s like. I still take anti-depressants but not as many now and the support group helps me through.

Find out more about how to manage your debts. You can also find your nearest support group. 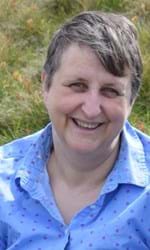